The BBC reports today, February 11th, that a team of Antarctic scientists has started its search for Sir Earnest Shackleton’s lost ship the Endurance: 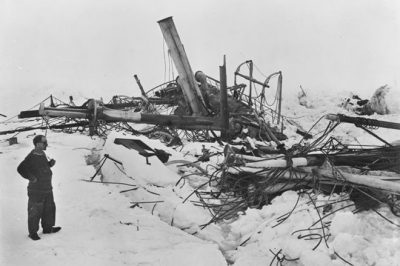 The team broke through thick pack-ice on Sunday to reach the vessel’s last known position in the Weddell Sea.

Robotic submersibles will now spend the next few days scouring the ocean floor for the maritime icon.

Shackleton and his crew had to abandon Endurance in 1915 when it was crushed by sea-ice and sank in 3,000m of water.

Their escape across the frozen floes on foot and in lifeboats is an extraordinary story that has resonated down the years – and makes the wooden polar yacht perhaps the most sought-after of all undiscovered wrecks.

Operating from the South African ice-breaker, the SA Agulhas II, the team’s plan is to put down an autonomous underwater vehicle (AUV) to map the seafloor for anomalies.

A wide box has been designated, and the robot, equipped with side-scan sonar and other technologies, will run back and forth across this search zone like a lawnmower. The first dive, initiated on Sunday, will last roughly 45 hours. 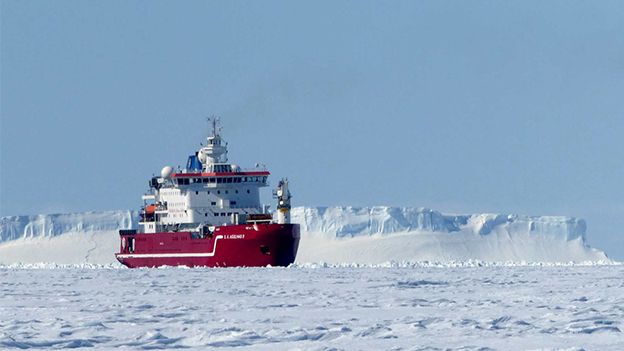 There will be no attempt to retrieve artefacts should the Endurance be found. The intention only is to make a 3D model of the wreck site and take photos.

“The autonomous vehicle has a number of different sensors, ranging in resolution from about 10m down to about half a metre. And it also has cameras. It’s not going to be as crisp as the image you or I might take – but almost as good as that,” expedition chief scientist Prof Julian Dowdeswell told BBC News.

The search will be challenging because of the sea-ice at the surface. The Agulhas will have to periodically shift its hull to maintain open holes in the floes, through which to launch and recover AUVs.

Prof Dowdeswell emphasised: “The robot has to be recovered by the parent vessel [before the data can be] interrogated. And the difficulty with this is that in severe sea-ice conditions – it’s not that easy to recover the autonomous underwater vehicle. That is an act of seamanship in itself – before the data can be looked at.”

Scientists are extremely confident they are in the right place to find Endurance.

Shackleton’s skipper, Frank Worsely, was a very skilled navigator and used a sextant and chronometer to calculate the precise co-ordinates of the Endurance sinking – 68°39’30.0″ South and 52°26’30.0″ West.

The ship is almost certainly within a few nautical miles of this point – and there is every chance it is in reasonable condition.

The organisms that normally consume sunken wooden vessels do not thrive in the cold waters of the Antarctic, so even though the Endurance was broken when it went down, its timbers are most probably well preserved on the ocean floor. 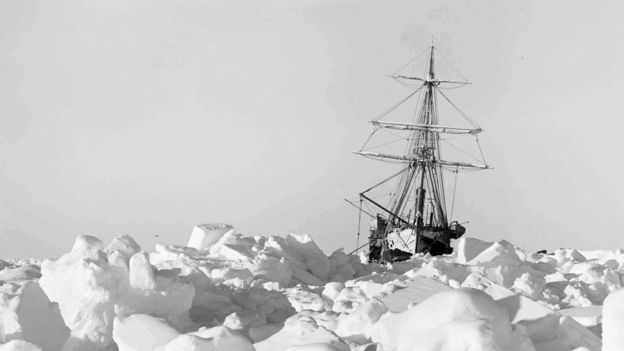 “The ship is always referred to as having been crushed by the ice; in fact, the timbers were breached by the ice. But there is no reason to assume the hull won’t be for the most part integral, even though there should be a splay of debris, including masts and spars, around the vessel on the seafloor,” Prof Dowdeswell, director of the Scott Polar Research Institute, added.

Just getting to the search site is a remarkable effort. The Agulhas has had to fight its way through ice that has thickened over several years.

Unlike Shackleton, however, the Weddell Sea Expedition team has been assisted by satellite ice charts, which make picking a way through the floes a lot easier.

The significance of the moment was not lost on the expedition’s marine archaeologist, Mensun Bound: “We are the first people here since Shackleton and his men!” he was quoted as saying.