We are delighted to share this recent news from FinLeap’s CEO Ramin Niroumand.

The fintech sphere has been quite dynamic in recent weeks. The developments in the Wirecard case continue to dominate international news as the story gradually unfolds. However, there is also positive fintech news to share.

Despite the summer break, many companies are working on their comebacks following the Corona crisis. The finleap ecosystem made its return to full business mode with an investment hat trick. In one week three finleap portfolio companies have announced the successful closing of funding rounds. This achievement shows once more that fintech and the finleap ecosystem is on the rise, as investors confirm their trust in our portfolio.

The solarisBank team raised a series C round over €60 million to further accelerate growth and market expansion in Europe. The round was led by HV Holtzbrinck Ventures and included considerable commitment from founding investor yabeo and new investors Vulcan Capital, Samsung Catalyst Fund and Storm Ventures.

Next to that, PAIR Finance announced earlier this week that current investors confirmed their commitment by increasing their shares in the company to €2 Million with a valuation of €60 million. The digital AI-operated debt collection service has had a whopping annual growth of 200 percent, which continues this year. The positive development of PAIR Finance led to an exclusive round by Zalando, Yabeo and us.

Last but not least, Penta extended the Series B round raised in March 2020 by €4 Million, resulting in an investment of €23 Million this year. S7V and Presight Capital, as well as two family companies, joined Penta’s investor base in this extension. 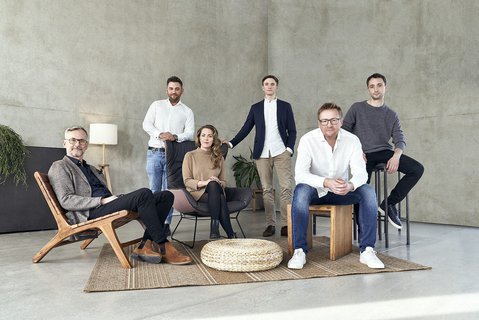 The continued commitment of investors confirms this development and shows that strong business models and products convince and survive even in challenging times.