The Shackleton team is delighted to announce that we have helped Nandi Proteins to recruit David Flower to the role of Chief Executive Officer.  David is an exceptional talent, having previously served as Managing Director, Europe, for Singha beer maker the Boon Rawd Brewery Company, and before that as Managing Director Home Baking for Kerry Foods. 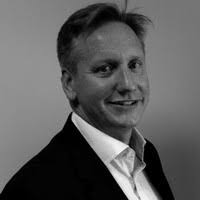 David has also been a Managing Director at Noon Foods and Commercial Director for Dairy Crest.  He is a non-executive director at Jack & Bry, which is developing jackfruit-based meat-free pepperoni pizza toppings, burgers and sausages.

David joins Nandi at an important stage. The Company is scaling up its first commercial products to create a wide range of customised ingredients based on vegetable and animal proteins. These functional proteins can be used to replace undesirable ingredients, such as fat, gluten and E-number additives in processed foods, or those that people do not want to consume – for example, replacing animal proteins with vegetable proteins.

The Company has gained significant industrial traction and is collaborating with major companies on several applications, including:

The technology is a suite of novel processes and process control technology to control very precisely the way proteins denature, consisting of hardware to sit in food manufacturing lines and software.

In September last year, Nandi announced it had successfully raised £720,000 including £360,000 investment from the UK government’s Future Fund, matched by investment from Frontier IP and Shackleton.

David Flower, said: “I am delighted to be taking this leadership role for Nandi Proteins at such crucial time in the Company’s development. Against a backdrop of increasing consumer awareness of how important a healthy diet is and of the role of proteins within it, the Nandi offering is very relevant. Be it gluten replacements, fat substitutes, or others, Nandi’s technology will become part of the functional protein landscape.”

Neil Crabb, Frontier IP Chief Executive Officer, said: “Nandi’s exciting technology has the potential to help solve some of the pressing problems facing the food industry. We are delighted that David, with his long and broad experience in the food industry, has decided to join the Company to oversee its future success.”