We are pleased to report that NHS Louisa Jordan, built at the Scottish Event Campus is now operational.

The hospital, which it is hoped will never be used, comprises

This new temporary coronavirus hospital will be available and operational to help the NHS “for as long as we are needed” says chief executive Jill Young.

The hospital is named after a Scottish nurse, Louisa Jordan who died in service during the First World War.  She enlisted with the Scottish Women’s Hospital for Foreign Service in December 1914 and was soon put on a ship to Salonica, Serbia.  Her unit was then deployed to Kragujevac. She initially treated war wounded soldiers at the Scottish Women’s Hospital.  During the Serbian epidemic of typhus in early 1915, she was placed in charge of the new typhus ward, and she herself died of the disease in March 1915.

The £43m NHS Louisa Jordan facility in her honour is now ready to receive Covid-19 patients.

As construction is now complete here @NHSLouisaJordan, take a closer look at some of our bed bays, which are now ready to allow us to provide high quality, effective and safe care if required. pic.twitter.com/TakKm2RkES

Construction of the hospital at Shackleton investee, the SEC campus, began on 31 March after the British Army conducted a feasibility study.  The work took 18 days to complete.  It will provide up to 1,036 additional beds to support the pandemic response. 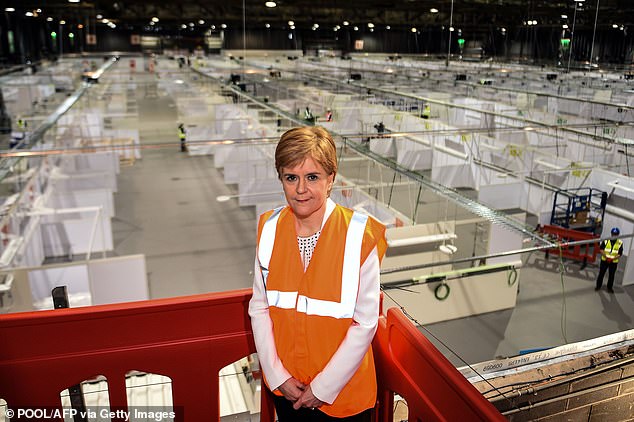 The Scottish First Minister, Nicola Sturgeon supports the investment in the hospital, recognising that it is hoped the hospital will not be needed, as ongoing lockdown measures slow the rate of transmission of the virus in Scotland.

Ms Young, the hospital’s CEO, has confirmed NHS Louisa Jordan is now “fully functioning”, with all the facilities available at a normal hospital – including a pharmacy, CT scanner, and cleaning and catering teams.

Ms Young said that more than 100 staff were at the hospital last week for training and induction.

The facility will only be for Covid-19 patients who are aged 18 years or older.

“Clearly though, we have made provision for high dependency here because we have to take account that some patients may deteriorate after they’re here,” Ms Young said.

“We have the ability to stabilise them and get them returned back by ambulance to an appropriate critical care unit.”