We are pleased to announce that we have sold our interest in OmPrompt to Eurazeo-backed Elemica International, Inc.  OmPrompt is a leading developer of AI-based SaaS systems for processing order entries for consumer goods and healthcare companies.

We originally acquired a significant interest in OmPrompt in December 2008 when we bought out equity investors and bank debt after OmPrompt’s momentum slowed in the global downturn.  Shackleton restructured the balance sheet, played an active role on the board and invested new money to fund sales & marketing.  We invested further funds into the company along with Albion Capital, who became an investor in 2014.  OmPrompt’s innovative and highly reliable system had been attracting many new customers prior to 2020 and the pandemic has further accelerated customers’ interest in complete automation.  As a result OmPrompt has experienced rapid growth and boasts many of the world’s leading consumer goods companies amongst its customers, including Associated British Foods, General Mills, Kellogg’s, Kraft Heinz, Reckitt Benckiser and Unilever.

Hugh Stewart, Shackleton’s Managing Partner is delighted: “We are delighted”, he said. 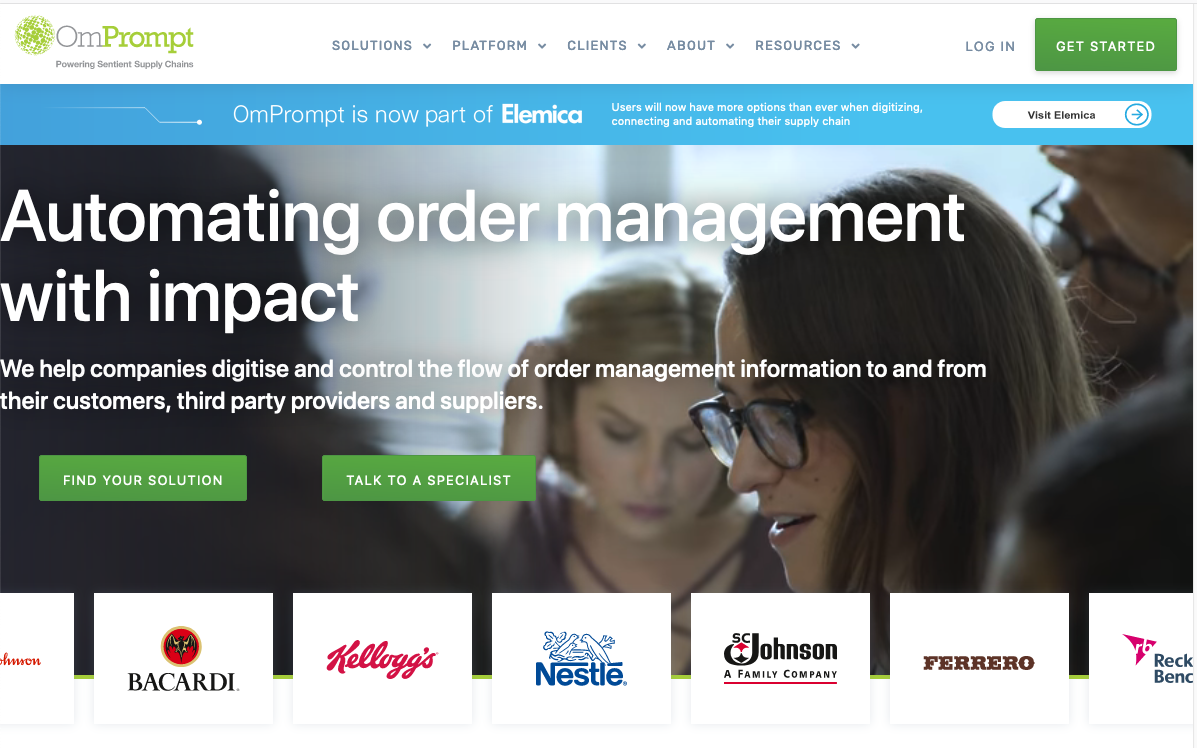 “Shackleton played an important part in the recovery and subsequent rapid development of OmPrompt. It is a first-class company that delivers truly impressive savings for customers and it has been a joy to see it flourish under the leadership of CEO Steve Luscombe and CFO Simon Granger. We wish the company and the employees the best in the next chapter in the company’s history.”

Steve said: “We have really enjoyed working with Shackleton who have consistently been a challenging but supportive investor.  We are delighted to have delivered them an excellent result”.

Our investment in OmPrompt was from our second fund, Shackleton Secondaries II LP, formed in 2007. This fund has achieved a 15% net IRR to date, consistent with all four of Shackleton’s principal funds and is strongly in cash profit, having produced so far a 2.9x cash return multiple for investors. In total, including OmPrompt, Shackleton has had 24 profitable exits since the firm’s formation in late 2006.

Shackleton has just launched its fifth fund, the Shackleton Ruffena Return #5 Limited Partnership, “Return Fund #5”, and will continue its proven strategy of investing in secondaries-led transactions that has resulted in each of its first four funds achieving top quartile performance. The fund is a collaboration between Shackleton and Ruffena Capital – a tie-up that substantially strengthens the Fund’s market reach and its ability to support portfolio companies through to successful exits.

Return Fund #5 focuses on three B2B technology sectors:  Advanced Engineering/CleanTech, Healthcare, and Digital Transformation (targeting companies like OmPrompt). The majority of investments will be in established and scale-up companies with proven business models.   Deals will comprise both individual companies and portfolios of investments. The Fund will combine secondary purchases from existing investors with the deployment of fresh capital directly into companies.

Return Fund #5 is aimed at sophisticated individual investors, family offices, and institutions, and targets a 2.5 times return – consistent with the performance achieved by Shackleton’s four existing funds.  It is managed by Shackleton’s authorised fund management subsidiary Shackleton Finance Limited and is advised by joint venture partner Ruffena Capital Limited. Shackleton Partner Deborah Hudson says: “The sale of OmPrompt adds to a great run of profitable exits and we are now excited to focus on deploying fresh capital.  We are seeing an increasing number of superb opportunities, driven by the pandemic, by the green agenda, and by entrepreneurs’ anxiety about future tax rates.  This is a propitious moment to launch the Fund”.  Return Fund #5 has already completed its first investment, a £1.5m transaction with sales transformation specialist Mentor Group Limited.